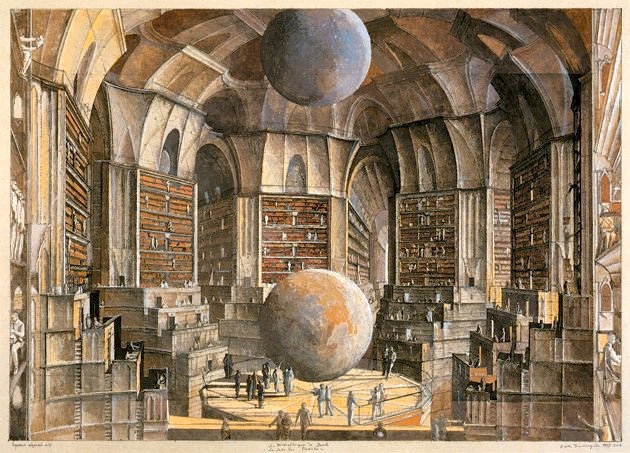 The late 2000s witnessed the emergence of a number of novel currents of philosophy, theory, and critique that differed from poststructuralist and related varieties of thought in being concerned less with language, discourse, history and other concepts by which the human is usually defined than animals, inanimate things, objects, matter, the physical universe itself, and other non- and inhuman beings—in sum, with the cosmos, in part or whole. An inventory of those lines of thought should include not only the speculative realist philosophy and object-oriented ontology respectively associated with Quentin Meillassoux and Graham Harman but also the ontological anthropology of Eduardo Viveiros de Castro and Philippe Descola, the cosmopolitical and ecological thinking of Isabelle Stengers and Bruno Latour, the planetary turn in Gayatri Spivak and Achille Mbembe, François Lauruelle’s nonstandard philosophy, the posthumanism of the Accelerationists and Xenofeminists, the cosmic pessimism of Eugene Thacker and the virulent nihilism of Nick Land, the Afrofuturism associated with Octavia Butler and Samuel Delaney, and the “cthulucenic” thought of the late Donna Haraway (to name only a few!).

As influential and as arguably important as all of these thinkers are, only a few of them are understood well in major universities in the United States (and many of them are outright dismissed as irrelevant or politically dangerous). This seminar will instead examine some of them in the interest of developing a concept of the pluriverse suited for an Earth whose human beings are not “culturally” unifying in the ways predicted by certain 20th-c. proponents of liberalism and Marxism—and whose nonhuman beings, both living and not, are turning out to be just as important political and “pensive” forces as human beings. Taking up the challenge to modern thought raised by the anthropology of non-Occidental, extramodern variations of thought, we will ask together whether a thinking adequate to the ecological crisis and the emerging multipolar world ought to equate being with the physical universe that has been revealed by the natural sciences or instead invent a rigorously imaginative concept of a diverging and (per William James) patchwork pluriverse in which “reality” itself is as varied as human thought.

The topic and method of this seminar are designed to be of use to people who have finished their B.A. and are intending to pursue a Ph.D. in a discipline in the humanities or humanistic social sciences. The study of our topic will help participants to approach the humanities in a contemporary way (rather than through yesterday’s ideas) while at the same time becoming familiar with certain structuralist and/or ontological thinkers who continue to serve as the ground on which they grow—particularly Lévi-Strauss, Foucault, Deleuze, and Heidegger. By moving in this way between cosmic thought and its intellectual past, seminar participants will learn to find their way through the often broken paths that link them and thereby gain an invaluable skill for their future studies. On the other hand, a major purpose of this course is to convey a method for reading theoretical texts—for making sense of, commenting on, contesting, questioning, thinking with, and writing about them—that can be used across its schools and genres.

The seminar format will be a mixture of formal lecturing and open discussion; meetings will take place one evening each week for 10-11 weeks, depending on enrollment and participant availability.

To discuss enrollment, your preferred readings, and other questions, please contact instructor at skafish@theisci.org

About the instructor: Peter Skafish works between anthropology and philosophy on the question of what thinking is, both in and outside modernity. He holds a PhD in Anthropology from The University of California, Berkeley and is currently directing and developing a new research center, The Institute of Speculative and Critical Inquiry. He has held the positions of Maître de conferences associé at the Collège de France, in Paris; Visiting Faculty at the University of California, Berkeley; Andrew W. Mellon Postdoctoral Fellow in McGill University’s Department of Anthropology; and Fondation Fyssen postdoctoral fellow at the Laboratoire d’Anthropologie Sociale and the Collège de France. In addition to writing the introduction to the English translation of Claude Lévi-Strauss’s De Montaigne à Montaigne and co-editing the book Comparative Metaphysics: Ontology After Anthropology, he has published or has forthcoming essays in forums such as Angelaki, Common Knowledge, and Cultural Anthropology. He is also a translator, including of Catherine Malabou’s The Heidegger Change and Eduardo Viveiros de Castro’s Cannibal Metaphysics (both of which he also introduced) and is the Editor of a new journal, set to launch in January, The Otherwise. He is currently completing the book Rough Metaphysics: Speculative Thought in an American Channel (An Anthropology of Concepts) and will be a research fellow this fall at the Internationales Kolleg für Kulturtechnikforschung und Medienphilosophie at The Bauhaus-Universität Weimar.