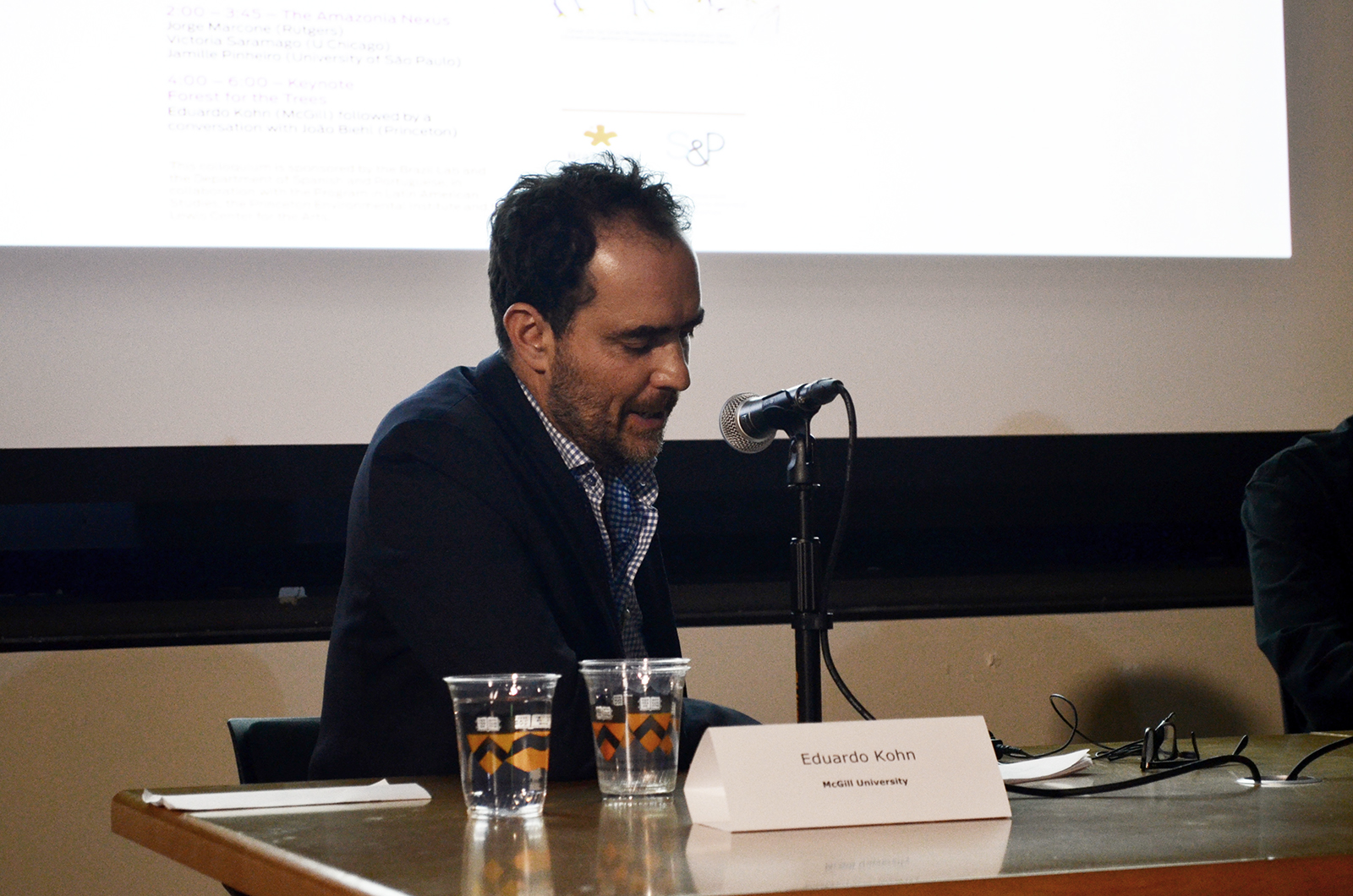 Now more than ever in the last two centuries, the nature of the cosmos is in question in intellectual thought. Across fields as diverse as anthropology, philosophy, art theory, political theory, history, and geography, concepts that are from other, extramodern traditions or transmitted to us by nonhuman beings have started to displace those that have long dominated our definitions of the universe and the place of humans in it. From nature, plants, and animals to humanity, culture, history, and politics, terms that long seemed to coincide with the basic stuff of the cosmos are losing ground and being altered by others—e.g. Patchamama, the xapiri, and qi—that come from outside the natural and human sciences and the modernity that they have helped define. The prospect is before us that those other concepts indeed come from other cosmoses; that they might remake the cosmos that most of us still presume; and that the modern epoch might be yielding to several post- or better trans- modern times.

In a format that combines lecture, discussion, and brief exercises in writing and performance, this summer school brings together a group of anthropologists and philosophers involved in some of the most crucial efforts to think and bring about such cosmic alternatives. Set against the backdrop of theories and critiques of the Anthropocene, the seminar will examine issues such as “politics” and “ecology” in and outside modernity; the semiotic processes common to all living beings; the ontology of mixing and metamorphosis taught to us by plants and animals; the “plurirealisms” by which beings that modern thought supposes are outside the real can be shown to exist; the turn to pluralist metaphysics and ontology in recent continental philosophy; and the intellectual legacy of structuralism and Claude Lévi-Strauss. Artists, PhD students, postdoctoral researchers, faculty, activists, and others concerned with such problems as climate politics, coloniality, human-nonhuman relations, nonmodern cosmologies, radical pluralism, secularism, the politics of science, and so on will have a unique opportunity to learn from this cohort of faculty in an intense and collaborative format.

Seminar and discussions will take place on site at Lisbon’s Fábrica Braço de Prata, and tuition includes full lunch and full dinner each day from Fabrica’s restaurant. If Covid restrictions remain in place, we will do our best to hold the event while maintaining social distancing measures. There may be a possibility of participating via Zoom if you cannot travel, so please inquire if that interests you. This summer school may be converted to a Zoom event with a slightly different and expanded faculty in the event that travel is too difficult to coordinate for the faculty and participants.

To apply, please send to isci@theisci.org a letter of interest, your cv, and a sample of your work (provide a link for large files) and indicate that you are applying to the “Cosmic Alternatives II” summer school. Please also indicate the title of summer school in the subject line of your email and combine all written files into one pdf.

Applications are rolling but initial reviews are underway, so please apply by early April to guarantee full consideration and in order to arrange institutional funding if applicable. Note that the Institute of Speculative and Critical Inquiry cannot provide financial aid at this time but will do our best to respond to queries about it.

Marisol de la Cadena is professor of anthropology at The University of California, Davis and the author of  Indigenous Mestizos: The Politics of Race and Culture in Cuzco, Peru, 1910-1991 and Earth Beings. Ecologies of Practice Across Andean Worlds and the co-editor, with Mario Blaser, of A World in Worlds. Located at the interface between STS and non-STS, and working through what she calls “ontological openings” (fellow traveler of but different from what has been termed “ontological turn”), her interests include the study of politics, multispecies (or multi-entities), indigeneity, history and the a-historical, world anthropologies, and the anthropologies of worlds.

Emanuele Coccia is an Associate Professor at the École des Hautes Études en Sciences Sociales in Paris. He received his PhD at the University of Florence and was formerly an Assistant Professor of the History of Philosophy in Freiburg, Germany. He has worked on the history of European normativity and aesthetics, and his current research has two focuses: on the ontological status of images and their normative power, especially in fashion and advertising; and on life. His books include The Life of Plants: A Metaphysics of Mixture, Métamorphoses, La trasparenza delle immagini: Averroè e l’averrois, and La vie sensible, Le bien dans les choses. He also edited with Giorgio Agamben an anthology on angels in the Christian, Jewish, and Islamic traditions: Angeli. Ebraismo Cristianesimo Islam.

Eduardo Kohn studies the intimate relationships that the indigenous peoples of Ecuador’s Upper Amazon have with one of Earth’s most complex ecosystems. Focusing on how they understand and communicate with rainforest beings has led him to the audacious conclusion that complex living systems manifest “mind” in a variety of ways. From this he develops an empirically robust framework to understand our broader relationship to such mind-like phenomena with the goal of rethinking how to live in the face of unprecedented anthropogenic climate change. His book How Forests Think won the 2014 Gregory Bateson Award for best book in Anthropology. It is translated in nine languages and has inspired the planetary ecological imaginary in a surprisingly diverse number of ways, ranging from an eponymous symphony premiering at Lincoln Center, to museum exhibits in Geneva and Montreal. He teaches Anthropology at McGill University in Montreal.

Martin Savransky is Associate Professor in the Department of Sociology at Goldsmiths, University of London, where he convenes the MA Ecology, Culture & Society. He's the author of Around the Day in Eighty Worlds: Politics of the Pluriverse and The Adventure of Relevance: An Ethics of Social Inquiry (with a foreword by Isabelle Stengers), and the co-editor of Speculative Research: The Lure of Possible Futures. Working in the interstices between philosophy and the social sciences, his interests include pragmatism, radical pluralism, postcolonial thought, speculative practices, and the arts of living on unstable ecological terrain.

Peter Skafish works between anthropology and philosophy on the question of what thinking is, both in and outside modernity. He has held positions at the Collège de France, the University of California, Berkeley, McGill University, and the Bauhaus University, Weimar. In addition to writing the introduction to the English translation of Claude Lévi-Strauss’s De Montaigne à Montaigne and co-editing with Pierre Charbonnier and Gildas Salmon the book Comparative Metaphysics: Ontology After Anthropology, he has published essays in forums such as Angelaki, Common Knowledge, Cultural Anthropology, and Qui Parle. He is also a translator, including of Catherine Malabou’s The Heidegger Change and Eduardo Viveiros de Castro’s Cannibal Metaphysics (both of which he also introduced) and, the editor of the journal The Otherwise. He is currently completing the book Rough Metaphysics: Speculative Thought in a Pluriversal Channel (An Anthropology of Concepts).